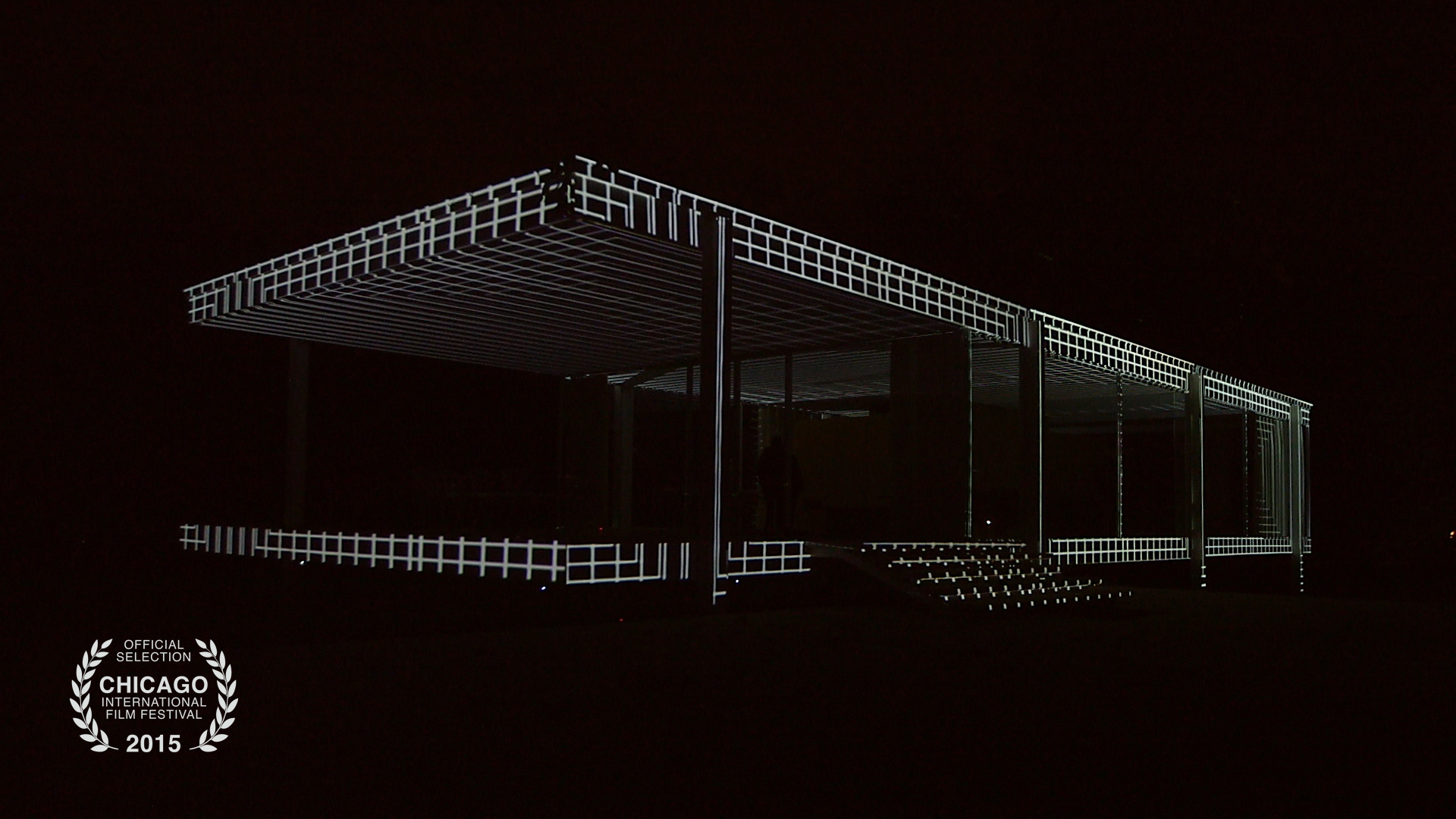 Most Visual is pleased to announce our premiere screening of INsite: A Document at the prestigious Chicago International Film Festival. In October 2014 Luftwerk transformed Mies van der Rohe’s iconic Farnsworth House. Through 3D mapping and projection the glass and steel masterpiece became a minimalist spectacle of light and sound. “INsite: A Document” is a pure documentary meant to preserve this extraordinary experience. The 8 minute program was divided into three sections corresponding to the structure of the house, the fluidity of its transparent glass walls, and the organic, and nature meeting geometry. The piece was created to loop and is represented here in it’s entirety with the original musical score by Owen Clay Condon.
The documentary created by Most Visual showcases the synergy of the projected art on the lean structure. INsite is elegantly re-presented from a vast combination of perspectives captured over the course of 4 nights.

Most Visual’s Chuck Przybyl will be on the Chicago International Film Festival Architecture Panel: “Filmed Spaces”:  How do directors use the language of cinema, with its demarcated frame, running time, and two-dimensional space, to capture the majesty and complexity of architecture and design—artistic mediums designed to be explored in depth and interacted with over many years? In this panel, filmmakers will discuss the methods for tackling this unique challenge to bring the wonder of the built environment to the big screen.

INsite: A Document will screen on October 24, 2015 as part of The Tower Above The Earth Architecture on Film Showcase.